31 Ways to Make Your Eternity Intentional – Encourage Others 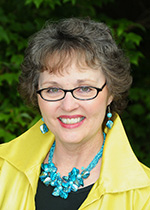 I love the internet! It’s a place where we can meet forever friends and sisters in Christ and form a bond without ever meeting in person. That’s happened to me more times than I can count and it is exactly how I met Janet Harllee. What a beautiful woman of God who truly shines for Jesus!

Today’s post is from Janet and if you pop over to her website, I’m sure you’ll see she is definitely a sweet and funny encourager. Today’s post by her is an obvious reflection of her heart.

As we consider eternity, it tends to loom largely over our day to day lives. Like it’s too big to grasp! But maintaining and eternal perspective and making this life count for eternity is really demonstrated best in our dailies. The little things we do can have big eternal consequences.

As we seek to make our eternities intentional, I hope this post will remind you that one of the easiest ways to do that is to be an encourager. The simple act of speaking encouragement into someone’s life can last long beyond our earthly years.

So, sit back, sweet sister…grab your cup of coffee and enjoy Janet Harllee’s post…Being an Encourager!

Someone in the Bible who is known for being an encourager is Barnabas, Son of Encouragement.
Nor was there anyone among them who lacked; for all who were possessors of lands or houses sold them, and brought the proceeds of the things that were sold, and laid them at the apostles’ feet; and they distributed to each as anyone had need.
And Joses (Joseph), who was also named Barnabas by the apostles (which is translated Son of Encouragement), a Levite of the country of Cyprus, having land, sold it, and brought the money and laid it at the apostles’ feet.  Acts 4:34-37
Barnabas sold his land and gave the money to meet the needs of others. He was an encourager to believers at a time when they needed one after Jesus’ death and resurrection. Barnabas kept reminding them of their relationship with God, how great He is, and all that He has done.
He risked his life for believers by befriending Saul, a hater of believers. Barnabas did it to bring believers together.
Barnabas was someone who could be trusted.
He recognized and encouraged the potential in others – he saw Paul’s gifts on their missionary journey’s together and steps back for Paul to take on the leadership.
For he was a good man, and full of the Holy Ghost and of faith. Acts 11:24
Barnabas lived and walked with God every day. He leaned on Him. He was full of faith. Wow! A great example for us today!
To Be An Encourager:
“Need encouragement? With so much unrest in the world today, Jesus is the greatest friend and encourager you’ll ever know.” 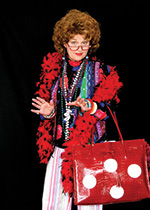 obtusely Janet Harllee is an international Christian storyteller, character actress, speaker, and songwriter. She is also known as ‘Mitsy Lou Puppernickel’ from Frog Holler. With incredibly funny and powerful messages, Janet Harllee will speak to the heart of every women and encourage her to find faith in the midst of difficult days.
http://humanesmarts.org/smarts-farm-downtown/youth-programs/gardening3/privacy-policy To book, call 336-672-5178, visit www.janetharllee.net, visit my blog at www.justacloserstumble.blogspot.com or email janet@janetharllee.net
﻿