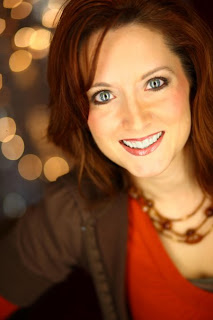 I‘m so excited to have Shelley Hendrix as my guest blogger today! Shelley is the founder and teacher of Church 4 Chicks, inc. based in Atlanta, GA. Church 4 Chicks is a ministry devoted to creating and cultivating environments of grace for women of all ages. She is also a conference speaker, author, and TV talk show host. In her own words, Shelley says, “I am an imperfect, can’t-get-it-all- together, wife and mom who loves Jesus, is thankful for His grace, and loves being a part of this generation of people who will not settle for religion as we’ve known it.”

Do you ever feel like the “invisible woman?” Do you struggle with loneliness even when surrounded by people? I know all too well what this feels like! In 1997 my daughter Macey was hospitalized at eight months of age. She was only supposed to be there for about four hours; but it turned into almost an entire week. And not one person outside of my family called or paid a visit. I had decided that because of this, perhaps I needed to find a new church. But God had something else in mind…
I recently found something that said, “Study on women reveals that loneliness affects overall health.” There’s another famous study that’s been out for some time now by UCLA which showed the different ways women handle stress and crises compared with men. In the study, and others like it, they pointed out that, for women, not having close friendships can be as detrimental to your health as being overweight or being a heavy smoker. We are actually designed with a biological need for friendship with other women. And because of this design I think we can conclude that God is interested in us having some great friendships!

Once I began to consider the fact that if I knew what it felt like to be an invisible woman, there was a good chance there were others who felt the same way. I remember talking to God about my strong feelings of rejection and isolation — of feeling invisible– and as I asked him if it was time for me to find a new church home (so I could have friends), He responded by asking me a question. I’ll never forget these very clear words from my Heavenly Father: “Shelley, when was the last time you visited someone in the hospital?” With that short sentence He spoke volumes to my heart. God was reminding me that He sees me, and that He sees others as well. No one is invisible to His grace-filled eyes.

I decided to launch out of my comfort zone and to seek out other women who might feel invisible, too, rather than wait for someone to find me. I started off in simple ways. For example, I began writing cards to people who had been absent from my Sunday school class that previous week. I wanted them to know that it mattered to someone that they weren’t able to be there and that they were missed. Additionally, I began to seek out women who were new to the area and new to my church. I had no idea how God was going to use this in my life!

A man who has friends must himself be friendly… Proverbs 18:24a NKJV

Friendships developed and then, in 1999, I went through one of the most difficult experiences of my life. But this time I didn’t go through it alone. When the storm hit, I was surrounded by friends who could walk through it with me. From that point on, because God saw me and loved me and was gracious to lead me into a new level of maturity, my friendship cup overflows! Yours can, too!

Do you ever feel like the invisible woman? Would you share how you’ve learned to go beyond yourself and make friends with those who may feel invisible?

I’m so thankful Shelley was so willing to be transparent and share her heart with us today!