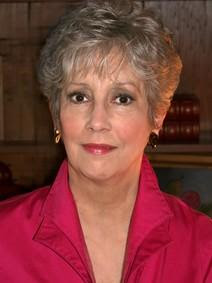 I’m honored and thrilled to have Lynn Mosher share her girlfriend story with us today! Being nudged by God in her later years to write, Lynn discovered her true purpose in life. Her passion now is to reach out to others, to encourage and comfort them through her writing. She has lived with fibromyalgia since 2000, during which time she has continued to hone her writing. She lives with her husband in their empty nest. On occasion, the three offspring, who have flown the coop, come to visit accompanied by a -lovable son-in-law and now three very precious granddaughters.

Has the Lord ever told you to do something you’ve never done before, or never even heard of someone doing? Several years ago, the Lord told me to do something for my sister-in-law who was experiencing some difficult circumstances in her life. Before I tell you what that gesture was, let me give you an abbreviated background on covenant.

During the rituals of covenant, some exchanges between the two partners took place. In the covenant between Jonathan and David, all exchanges took place.

Scripture says, “Jonathan took off the robe that was on him and gave it to David, with his armor, even to his sword and his bow and his belt,” (1 Samuel 18:3-4 NKJV). In essence, he stripped himself of all his personal possessions, essentially naked to the world, defenseless and vulnerable, giving it all to David, and put his life in David’s hands.

When an exchange of weapons took place, it symbolized protection against the other’s enemies. It was an inherent obligation to lay down one’s life, if necessary, to defend and protect the other from his enemies, as Jonathan did for David when Saul sought to kill David. Jonathan vowed to protect David and David was bound to reciprocate.

Without this covenant explanation, you would not have the appreciation for what I am about to tell you. The Lord led me to give one of my belts to my sister-in-law.

As I did, I told her that when she underwent any difficult situation, she should wear it, and I would pray for her. She has worn it on numerous occasions (under her blouse though; it wasn’t her color!).

As I lost the final draft of the note I gave her with the belt, this is basically what I wrote:

I have strength for all things in Christ Who empowers me…

“…for (His) strength and power are made perfect (fulfilled and completed) and show themselves most effective in [your] weakness.”

Because we have taken on the Lord’s Name together, we have an eternal covenant with Him and each other. The belt or girdle represented man’s strength. Therefore, the exchange of belts symbolized giving your covenant partner your strength.

So, when your human strength falters, and you need someone to come alongside you from whom you can draw strength, I will be there. My belt is yours.

I should have added Ruth’s sentiment to Naomi, “Don’t ask me to leave you! Let me go with you. Wherever you go, I will go; wherever you live, I will live. Your people will be my people, and your God will be my God. Wherever you die, I will die, and that is where I will be buried. May the LORD’s worst punishment come upon me if I let anything but death separate me from you!” (Ruth 1:16-17 NLT) Covenant words, indeed.

My sister-in-law returned the kindness, giving me one of her belts, and has prayed for me. So, we have made the exchange, just as David and Jonathan did. I also nicknamed her David, and I am Jonathan.

Covenant is a very special bond between two partners, whether between you and the Lord or you and another. When a difficult time surrounds a very special friend or relative of yours, or even when all is well, you may want to do this for her (or him), giving her (or him) the comfort of someone coming alongside with added strength and lifting her (or him) up in prayer.

As Jesus knew the meaning of giving up of one’s life for another, His words echo throughout the halls of eternity, “Greater love has no one than this, than to lay down one’s life for his friends,” (John 15:13 NKJV).

A friend will readily exchange his life for his covenant partner. I would lay down my life, if necessary, to save my covenant belt partner.

I’m so thankful Lynn shared her inspiring girlfriend story with us! I’d love to share part of my week with you. Click here to subscribe and join me for a journey that may look much like your own.