Home Uncategorized The Making of a Marriage

The Making of a Marriage 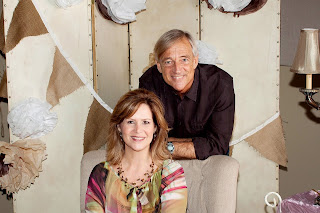 I’ve often wondered why so much time, money and effort goes into a wedding that lasts less than an hour and yet over 1/2 of marriages end in divorce. It’s a sad truth that affects those in the church as much as it does those who don’t call themselves Christians.


I’ve been divorced. I know the effect it has on little hearts that hurt because they don’t understand why mommy and daddy don’t love each other any more. The fact that my divorce occurred before I became a Christian doesn’t change the consequences my son had to endure as a result.


It wasn’t ever supposed to be that way. Marriage is supposed to be “’til death do us part.” But our world has changed and what was once deemed unacceptable is now embraced.


On January 31, 1987, I married a man I was crazy about. I never considered the fact that we were as different as night and day. Although we dated for over a year before he asked me to marry him and we thought we knew each other pretty well, the truth is that neither of us knew each other as well as we thought we did.


When you’re dating you put your game face on. It’s not too difficult to put your best foot forward when you’re not with someone 24/7. But when you’re married, the mask comes off, you let your hair down and you begin to see each other at your best, your worst and all things in between.


Donald and I have been married for 25 years. It hasn’t always been easy but we both understand that saying, I do was just the beginning of a lifetime of learning how to keep saying, I do for the rest of your life.


After over 20 years of ministering to women… many of whom came to me about their marriages… I’ve decided that it’s time I begin a series on “The Making of a Marriage.”


We can’t change our husbands, but we can be the best wives we can possibly be and honor God regardless of whether our men do or not. That is what we are called to.

“Who can find a virtuous and capable wife? She is more precious than rubies.” Proverbs 31:10

Solid marriages don’t just happen… they are made over time as a result of a lot of hard work, a lot of dying to self and a lot of prayer.


I hope you’ll join this series and share your own places of need as well as your own tips to a vibrant and victorious marriage.


What are some things you need encouragement with about your marriage? What would you say to those who are tying the knot soon?