Home Uncategorized Controversial Christianity – Racism in the Church Does Not Exist

Controversial Christianity – Racism in the Church Does Not Exist 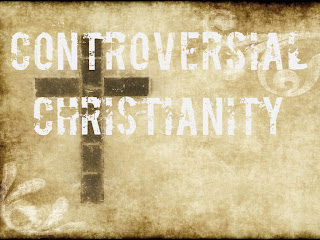 As I approach this touchy topic with much prayer and a heart full of love, I also have a feeling this may be one of the most controversial posts I write.
Not because I want to ruffle feathers but because racism by its very nature is very controversial.
Think for a minute about the church you attend now. Ponder the people who walk through the doors of your church each week. What color is their skin? Is there a clear majority of one race or another there? Does the fact that your church is primarily one color mean your church is racist?
Today, we are going to examine racism in the church.
I’ll begin by telling you a story:

Recently, I was chatting with a precious friend about why he felt that racism existed in the church he attended. He shared that the ‘n’ word was used in a conversation between one black and one white friend. The black friend wasn’t offended because in their relationship, they talked like that. However, my sweet friend was highly offended and deeply hurt – and when he approached the parents of the white young man, his parents sloughed it off as normal sarcasm between friends.

No apology. No words of remorse. Just an indignant indifference that dug deep wounds in my precious friend’s heart.
So, let’s look at the reality of racism in the church. Today, we will include a REALITY segment in between our BELIEF and TRUTH segments.
BELIEF: Racism does not exist in the church.
REALITY: Simply put…YES IT DOES. But it shouldn’t. When you think about it, the concept of racism in Christianity is an oxymoron. Christianity is about love, grace, unity and acceptance of all people. Racism is about hate, disrespect, divisiveness and a rejection of those who aren’t like you.
A quick look at history reveals that people are notoriously prejudice. It’s nothing new. People and nations have been divided since the whole Tower of Babble incident. Prejudices happen when one person esteems themselves better than someone else based on color or creed.
In the early years of the church in America, racism was tragically and blatantly real. African Americans were in segregated churches and even when the church doors began to open for all races, they still were required to sit in the back.
That may have been many years ago but while times have changed tremendously, racism still exists. It may not be as flagrant as it once was, but it pokes its ugly head out of the corners of our churches in oh-so-subtle ways.
Derogatory words. Ignoring. Snubbing. Backbiting. All subtle forms of racism that take place right under our noses.
Racism in the church may be a reality but it’s ungodly and it’s not acceptable.
TRUTH:
SUMMED UP:
God created each of us in His image. All people. And He calls us to love one another without partiality. When Jesus went to the cross, He died for the world. For all nations and all people. His death accomplished forgiveness for all who will turn to Him in faith and repentance.
His death also broke down the wall of separation that existed between races prior to the cross. The way was open for Jew and Gentile to enter into a covenant relationship with God no matter what their race. And so it is that we, as believers, are all ONE body.
Racism in the church is definitely an oxymoron. Christianity runs contrary to racism. So, as we look at the sad reality of it in the church, let’s keep some things in mind to prevent it from being a reality in our own local body of believers…

When we lived on the mission field we learned that sometimes people flock together because of cultural similarities. Differences aren’t always racial. They are often cultural. As Christians, we are to ‘believe all things’ about each other according to 1 Corinthians 13.
That means, believe the best about each other. We can’t assume that because a church is primarily black, white, Asian or any other ‘color’ that it is racist. An all black church does not necessarily mean they are racist against whites just as much as an all white church doesn’t necessarily mean they are racist against blacks. When it comes to culture… birds of a feather flock together… and there is absolutely nothing wrong with that as long as they don’t hold prejudices against other races or cultures and as long as they are inclusive to all.

2. We can’t excuse racism in the name of cultural differences.

People are different. Time, experience and cultures make us different. But when we put up walls between the races and consider one superior to another, we are guilty of racism. Jesus died to break those walls down… to make us ONE people. To make us HIS children. To be in HIS forever family. No schism. Just a love that demonstrates a oneness. The kind of oneness He prayed for in John 17:22… “that they may be one even as we are one.”

Racism is the antithesis of unity. Oneness is impossible where prejudice exists. So, while we accept that people may choose to worship together because of culture, cultural differences can not be an excuse to segregate ourselves. That’s called racism.

3. It’s important to be sensitive to and respectful of other races.

Regardless of whether a specific race of people call each other a name that is normally deemed as derogatory or not, we aren’t to ever say anything that would lesson their value or hurt their heart. James 3:9-10 says, “With it we bless our Lord and Father, and with it we curse people who are made in the likeness of God. From the same mouth come blessing and cursing. My brothers, these things ought not to be so.”

It’s so important that we treat each other with the utmost respect. That we honor our unity by respecting our differences.

SO, HOW CAN YOU BE PART OF THE SOLUTION OF RACISM IN THE CHURCH?

* Love everyone like Jesus does. Without partiality.
* When you see someone of a different race come to your church, invite them to sit with you and/or invite them to lunch.
* When someone in your church uses derogatory words or shows signs of racism, deal with it. Deal with it in love – but definitely deal with it.
* Invite friends from other races to your church and visit churches where other races gather to worship Jesus. The diversity of the cultures is a beautiful thing and how we worship God is often very culturally driven. Enjoy and embrace our differences.
Unfortunately, racism does exist in the church. But it shouldn’t. When it exists where we are, we have the opportunity and the responsibility to change it.
Have you experienced racism in your church? Have you been guilty of begin racist? Have you been hurt by racism in the church?