When God Is Silent ~ Part 3 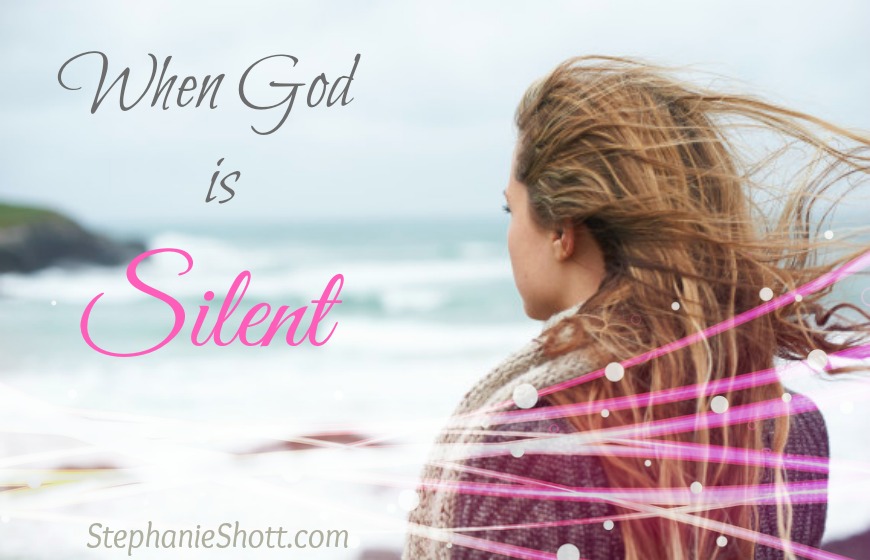 For those of you who are just joining this series on the seasons of God’s silence, I want you to know I treasure your emails and comments. Your emails remind me there’s a reason this is one of the topics I speak on often. It’s because we’ve all been baffled by those seasons of silence when our prayers seem to hit the ceiling and God feels so far away.

But God never allows us to experience His silence by mistake.

In Part 1, we discovered that sometimes God seems silent because our lives are just so loud. We allow ourselves to become so busy that our lives drown out the still small voice of God and then we wonder where He is.

And today, in Part 3, we are going to peel back another layer to some of the reason for those seasons of silence as we find that…

Sometimes God chooses to be silent right before He reveals Himself to us in a new and profound way.

From Malachi to Matthew there are 400 years of silence. They are known as the SILENT YEARS.

But oh ladies…when HE broke the silence…His voice was loud and clear…THE MESSIAH HAD COME TO THE EARTH to be the SAVIOR OF THE WORLD and NOTHING WOULD EVER BE THE SAME!

In John 11, we get a glimpse of how God is sometimes silent before He is getting ready to reveal Himself.

You see, in the town of Bethany, a man named Lazarus was dying. He as a friend of Jesus’. Lazurus had 2 sisters. Mary and Martha…and they sent messengers to Jesus and said, “Master, the one you love so much is sick.” (Jn 11:2)

No I’m sure they were expecting Jesus to hurry to heal Lazurus…after all they knew He LOVED Lazurus. But the Bible goes on to say, So, when He heart that he was sick, He stayed two more days in the place where He was.” (Jn 11:6)

Jesus didn’t start heading for Bethany for 2 days and by the time He arrived on the scenes, 4 days had passed. They were looking for Jesus to show up and heal their brother.

Now you can imagine how they must have felt. Jesus had healed others. They were well aware of what Jesus could do. But why wouldn’t He heal their brother? Didn’t Jesus care? Why didn’t He do something? Didn’t He LOVE Lazarus?

OSWALD CHAMBERS once said that many times, “His silence is the sign that He is bringing you into a marvelous understanding of Himself.”

Sometimes, God is silent right before He reveals Himself in ways that would not be possible if He had shown up earlier.

They wanted Jesus to show up and be the Great Physician…but Jesus wanted to reveal Himself to them as the Resurrection and the Life.

Sometimes God is silent right before He reveals Himself in ways we would have never been able to see before.

The waiting is worth it, sweet sister and it is for your good!

ARE YOU IN THE WAITING ROOM BECAUSE HE IS GETTING READY TO PULL BACK THE CURTAIN ON SOMETHING EXCEEDINGLY, ABUNDANTLY ABOVE ALL YOU COULD ASK OR THINK?