Home Uncategorized How to Push Past Your Insecurities ~ The Devastating Effects

How to Push Past Your Insecurities ~ The Devastating Effects 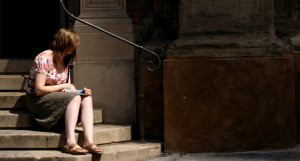 “There is no fear in love; but perfect love casts out fear, because fear involves torment. But he who fears has not been made perfect in love.” 1 Jon 4:18 (NKJV)

The majority of insecurities that we deal with stem from feelings of fear. Fear that we won’t measure up, aren’t capable enough, are unworthy, won’t be accepted, won’t fit in, or can’t change or adapt.

At the very core of every insecurity is an inaccurate and poor self image…a lack of confidence in oneself, others and/or the world around them.

When you’re insecure, you tend to allow your insecurities to speak louder to your heart than the truth.

Unfortunately, insecurities give you such a skewed view of yourself that even when you hear the truth, you have a hard time believing it. Breaking the insecurity tie that binds you is almost impossible.

Insecurities prevent success because the insecure can never see themselves as successful. And even if they could get a glimpse of a successful version of themselves, their insecurities would prevent them from taking the necessary steps to get there.

Insecurities are notorious for ruining relationships, impeding education, destroying dreams, hindering happiness, creating jealous people and people pleasers, magnifying the giftedness of others while minimizing the giftedness of the insecure. They are game stoppers and alter the God-given destinies of each of us who are hindered by them.

Like most internal issues we deal with, the battle begins and ends in the mind.

The Bible tells us that…

So the problem is that you and I have been inundated with some stinkin’ thinkin’ and we need to learn to readjust the pattern of our thoughts and realign them with the Word of God.

Think for a minute about some of those we are familiar with and some who have gone before us.

What if Elisabeth Elliot would have allowed her insecurities to keep her from going to Ecuador?

What if Beth Moore would have allowed her insecurities to prevent her from standing in front of a small class years ago and teaching her first Bible study?

What if David Livingstone would have allowed his insecurities to stop him from standing firm about reaching Africa for Christ?

What if David’s insecurities would have prevented him from accepting the role as king?

What if Esther’s insecurities would have stopped her from entering the contest to become queen?

You get the picture, right? What if those who have gone before us would have allowed their insecurities to prevent them from fulfilling their God-given destinies?

What if you are doing that very thing right now?

Tomorrow, we are going to look at how to really begin going to war against our insecurities and not just learning how to deal with them, but how to defeat them.

It’s time to go to war and fight for all God wants you to be, sweet friend.

QUESTION: How have your insecurities affected your life, your dreams, your relationships and your future?