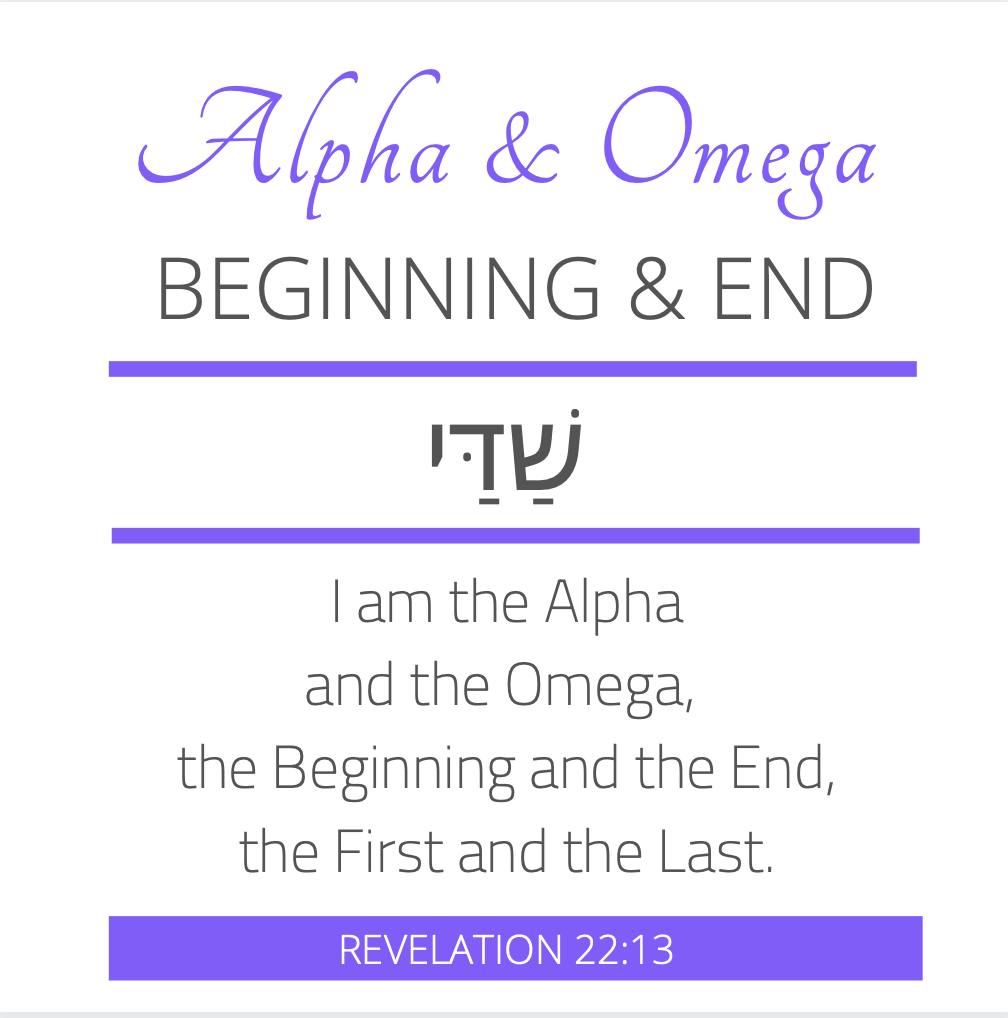 WHAT ALPHA AND OMEGA MEANS…

Alpha and Omega are the first and last letters of the Greek alphabet.

The name Alpha and Omega are found only 4 times in Scripture. Each time this name is mentioned, it is joined by one of the two following phrases…

Alpha and Omega is attributed to Jesus and refers to His eternality. He is the First. He is the Last.

Because YHWH designates the name First and Last to Himself in the Old Testament, the deity of Christ is also indicated in the name Alpha and Omega.

Α Ω or Α ὦ together has been used as a Christian symbol and dates back to the Roman catacombs as an indication that early Christians knew Jesus as Alpha and Omega, as well.

We’ll look at the name First and Last soon, but for now, it’s important to know that the Alpha and Omega is Jesus. He has no beginning and He has no end.

Time is not something that can contain Him or limit Him. He defines eternity by who He is.

HOW ALPHA AND OMEGA APPLIES TO OUR LIVES…

I’m one of those kind of people who want find an answer for everything. Things should just make sense, right?

But I can’t wrap my mind around the totality of who God is. Nor can I figure out why this earth doesn’t spin out of control, why the sea doesn’t flood the earth, how a bumblebee can fly, and a host of other realities.

Our finite minds often consider that everything has to have a beginning and an end. This side of heaven, it’s what we know to be true and experience when someone is born and when someone dies.

Even when we think about the existence of this planet, we know it had a beginning and will one day have an end.

But Jesus is eternal.

He is the beginning. He is the end.

He has always existed. Before the world began… there He was. When the earth, as we know it, comes to a screeching halt, there He will be.

I learned along time ago…

I don’t have to worry when I know that the Alpha and Omega is taking care of all the in-between stuff too.

And in Him, the Alpha and Omega, I can rest. And so can you!

HOW WE CAN PAUSE TO WORSHIP HIM AS THE ALMIGHTY…

If you can’t view this in your reader, please click this link.

HOW WE CAN FIND OUT MORE ABOUT GOD AS THE ALMIGHTY…

What did you know about the Alpha and Omega before today? How has this helped you know Him more?