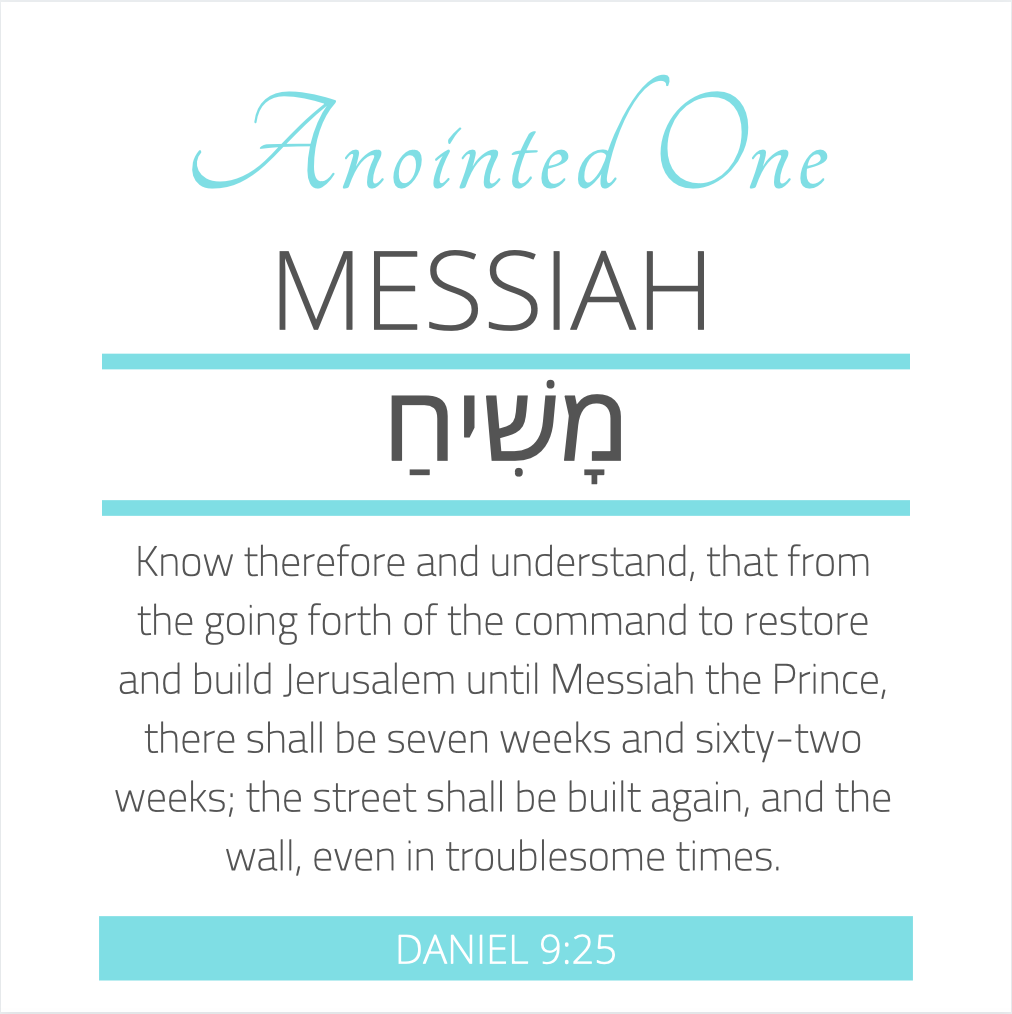 As a verb, the word Anointed means to rub something on a person or a thing. It for the purpose of setting apart, consecrating as holy and sacred, for healing, or for embalming.

Jesus, as the Anointed One is the One set apart, the Divinely designated One to fulfill God’s will and represent God’s presence and power. His coming to earth as the Messiah was prophesied in the Old Testament and His incarnation is the fulfillment of those specific prophecies. (Psalm 45:7, Isaiah 61:1-3, Luke 4:18, Hebrews 1:9))

HOW IT APPLIES TO OUR LIVES…

When the Lord first called me to teach His Word, I was petrified. My high school attempts at giving an oral report proved that standing in front of a crowd was definitely not my calling. At least then it wasn’t.

But God made the call unmistakably clear, opened the door for me to teach, and even blessed me with a co-teacher.

My voice trembled, my lips quivered, and my knees knocked every. single. time. At least for a while.

The I received a call from a friend who wanted me to speak at a women’s retreat.

What? Me?!!! Even my co-teacher questioned her request. Did they really mean to ask me?

The doubt my co-teacher expressed sent my insecurities into overdrive and I quickly considered calling to decline the invitation. I just wanted to crawl under a rock and let them call someone much more seasoned and much more qualified.

Because Jesus IS the Anointed One who is the expressed image of the power and presence of God, and because I have received Jesus as my Savior and Lord and He now resides in me, He has anointed me to fulfill His will through the giftedness He has endowed to me.

If you have been born into the family of God, He who IS the Anointed One has given you the anointing.

Don’t let anyone or anything… including your own fears and insecurities… keep you for becoming what He has anointed you to be.

Based on 1 John 2:20-27, God has already given us the anointing through Jesus Christ. We just need to ask the Lord to help us live out the anointing in our lives.

HOW WE CAN PAUSE TO WORSHIP HIM TODAY…

HOW WE CAN FIND OUT MORE…

Take a few minutes click the links below to scan through the list of times the word anoint/anointed/anointing is used in Scripture to get an idea of what it means in context.

To deepen your understanding, take a few minutes to read the following article:

What did you know about the Anointed One before today? How has this helped you know Him more?