Home Covid-19 A Call to Repentance

A Call to Repentance 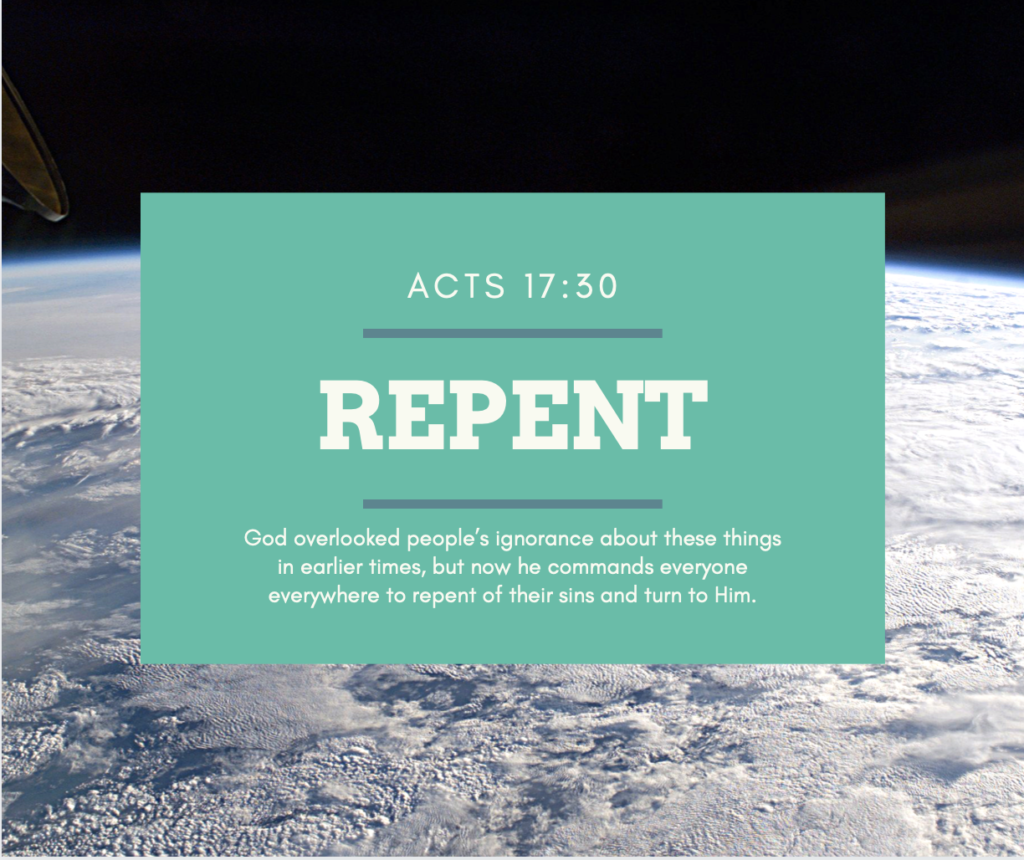 http://vancouveratmain.com/488 This post comes with a warning. Many of you who read it will be offended. It you are, it may be an indicator that you, like everyone else on this planet, needs to repent too.

John the Baptist is one of my favorite believers to read about in Scripture. He literally paved the way for the Messiah. He understood his calling was to make Jesus known…not to make himself known.

http://newbeginningadultcare.com/great-things-about-small-company-loans-that-are/ He didn’t play. He didn’t mince words or try to appeal to the masses. He simply spoke the truth unapologetically to all within the sound of his voice.

It was John the Baptist who said,

“He must increase but I must decrease.”

This country that was founded on biblical principles, as a whole, believed that Jesus is our only hope too.

John the Baptist preached repentance, reminding the people that the Kingdom of heaven was at hand.

Matthew 3:2 in the Amplified says it this way,

“Repent [change your inner self—your old way of thinking, regret past sins, live your life in a way that proves repentance; seek God’s purpose for your life], for the kingdom of heaven is at hand.”

Today, like in the days of John the Baptist, we need to repent because…

~ We are all sinners in need of salvation, yet the world has embraced sin instead of embracing the Savior.

~ God was once revered even by unbelievers, but today, they mock, hate, and reject Him with a loathsome vehemence.

~ People once respected God’s Word even if they didn’t believe it but now they rebel against it.

~ Pastors and leaders were once focused on living holy lives. Now they’re more concerned with being edgy, cool, and popular.

~ Christians who once sacrificed everything to make Jesus known, now won’t make Him known unless they get paid.

~ People idolize secular humanism forgetting that as humans, they are accountable to the one and only All-Powerful God.

~ They take God’s name in vain and use it as a by-word instead of fearing God and reverencing His name.

~ They’ve kicked God out of the schools and public places, yet wonder where He is in times of crisis.

~ They legalized the murder of innocent unborn babies and slaughtered over 70 million babies on the altar of choice.

~ They applaud the sin of homosexuality and have made this generation their own agenda-driven social experiment causing them to question even the very basic biological reality of their existence.

~ They applaud LGBTQ lifestyles as beautiful instead of believing what God’s Word says about it… that it’s an abomination.

~ People are much more worried about being politically and socially correct than they are about being biblically accurate.

~ The church has become more entertainment driven than Gospel-centered.

~ Christian publishers push writers to focus on people’s felt needs instead of the only One who can meet those needs. Many books have a lot of stories with just a sprinkle of the Word.

We are all in desperate need of repentance. Individually, corporately, nationally, and globally.

Today, I want to be a voice that calls each and every one of us to repentance. I know this won’t be the most liked post I’ve ever written, but it needs to be said and I’m not afraid to say it.

We don’t know why we are in the middle of this crisis. We don’t know if it is judgment from God or just part of living in a fallen world.

But we can’t face this pandemic without responding to the Lord and seeking His face, asking Him for His mercy, and depending on His grace. We need to be a people who turn to Him in true humility and repentance – not away from Him in fear or anger.

It’s time to repent from:

I realize that’s the short list, but did you recognize anything in that list that you need to repent from?

This isn’t a time when we look at what we see others doing. It’s a time to look inward first… to examine our own lives and see where we have sinned against a Holy God… and repent!

And then to confess the sins of this nation and the sins that we see in the world as we cry out to God for mercy and for grace.

So, today, in the midst of this pandemic, I’m crying out for this world to do exactly what John said… Repent!

Here are some verses about repentance and God’s forgiveness:

Psalm 51:1, “Have mercy upon me, O God, According to Your lovingkindness; According to the multitude of Your tender mercies, Blot out my transgressions.”

Jeremiah 3:6, “The Lord said also to me in the days of Josiah the king: “Have you seen what backsliding Israel has done? She has gone up on every high mountain and under every green tree, and there played the harlot.”

Jeremiah 25:5. “‘Repent now everyone of his evil way and his evil doings, and dwell in the land that the Lord has given to you and your fathers forever and ever.”

Ezekiel 14:6, ““Therefore say to the house of Israel, ‘Thus says the Lord God: “Repent, turn away from your idols, and turn your faces away from all your abominations.”

Ezekiel 18:30, “Therefore I will judge you, O house of Israel, every one according to his ways,” says the Lord God. “Repent, and turn from all your transgressions, so that iniquity will not be your ruin.”

Matthew 12:41, “The men of Nineveh will rise up in the judgment with this generation and condemn it, because they repented at the preaching of Jonah; and indeed a greater than Jonah is here.”

Luke 3:3, “And he went into all the region around the Jordan, preaching a baptism of repentance for the remission of sins,”

Acts 3:19, “Repent therefore and be converted, that your sins may be blotted out, so that times of refreshing may come from the presence of the Lord,”

Romans 2:4, “Or do you despise the riches of His goodness, forbearance, and longsuffering, not knowing that the goodness of God leads you to repentance?”

2 Timothy 2:25, “in humility correcting those who are in opposition, if God perhaps will grant them repentance, so that they may know the truth,”

2 Peter 3:9, “The Lord is not slack concerning His promise, as some count slackness, but is longsuffering toward us, not willing that any should perish but that all should come to repentance.”

Revelation 2:5, “Remember therefore from where you have fallen; repent and do the first works, or else I will come to you quickly and remove your lampstand from its place—unless you repent.’

P.S.S. What are your thoughts about the need to repent?